Dani Stromback is a composer/pianist/producer, born 1965 on the west coast of Finland. He writes music for film, TV and other venues, and performs regularly with other musicians. He received the Nordic Film Music Prize and the Jussi Award 2010,  for his transcendent film score for Klaus Haro's film "Letters To Father Jacob". 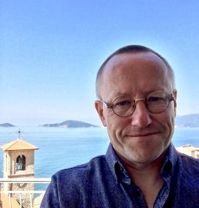